Etel Adnan: At a Certain Hour of the Night

Join us to celebrate the life and work of Lebanese-American poet, essayist, and visual artist Etel Adnan. Afternoon screenings will be followed by a reading of one of her plays, At a Certain Hour of the Night, directed by Zishan Urgulu (Turkey), Associate Professor of Theatre at Eugene Lang College, The New School, New York. Presented as part of the exchange between the CUNY Graduate Center and the American University of Beruit.

Screenings
2:00pm
Words in Exile directed by Vouvoula Skoura | 2007, 52 minutes
For Etel Adnan, the world dawns in Beirut. The city is revisited throughout the film as her idiosyncratic universe is composed of closed and open spaces, the interplay of light and darkness, of conversations of consequence, of women, and of references to her many travels.

3:00pm
Serpentine Transformation Marathon
Organized and introduced by Hans-Ulrich Obrist | 2015, 21 minutes
For Etel Adnan Marin County, California became a center of life. Etel speaks about her experience painting in San Francisco in the 1960s and her relationship with Mount Tamalpais in Marin County.

3:25pm
The Weight of the World | 2016, 5 minutes
Curator Rebecca Lewin discusses Etel Adnan’s exhibition at the Serpentine Gallery. In her home in Paris, the artist speaks about her paintings and the color red.

Etel Adnan is a poet, philosopher, and painter. The author of numerous essays and of plays, she writes across languages, cultures, and continents. Born in Beirut in 1925, she describes herself as an “alchemical product.” Her father was a Muslim from Syria born in Damascus and an officer of the Ottoman Empire. Her mother was a Greek from Smyrna, Turkey. At home, she lived with two religions, two languages, and two civilizations: the Islamic and the Greek. Her school in Beirut was French, with no reference to the Arab world outside. “Already as a child,” she says, “I had to construct my personality, to build myself up, in order to be something.” Her parents were living in a country not their own and Adnan discovered quickly that their life, as well as hers, was somehow “in between.” Her play At a Certain Hour of the Night was recently published in PAJ 117, PAJ: A Journal of Performance and Art (MIT Press).

Klaudia Ruschkowski was born in 1959 in Dortmund and lives in Volterra, Italy. She is an author, dramaturg, curator, publisher, and translator of English and Italian literature into German. From 1984 on, she has worked for various West and East German theatres as well as the Napoli Teatro Festival, Italia and the Biennale Musica di Venezia. In 1991, she co-founded and was the co-director of The European Culture Centre of Turingia, Erfurt until 1997. From 1999 to 2010, she organized programs and workshops for the International Heiner Müller Society, Berlin. In 2000, she founded, with Wolfgang Storch, Villa Le Guadalupe Spazio Per Le Arti in Volterra. Klaudia has worked in collaboration with Etel Adnan since 1999 as a translator and publisher of various poetry books, essays, interviews, and texts.

Bonnie Marranca is founding publisher and editor of the Obie-Award winning PAJ Publications/PAJ: A Journal of Performance and Art, which celebrated its 40th year in 2016. A recent recipient of the Association for Theatre in Higher Education Excellence in Editing Award for Sustained Achievement, she has written or edited seventeen books. She is the author of three volumes of criticism, Performance Histories, Ecologies of Theatre, and Theatrewritings, and editor several play anthologies, interview and essay collections, including Conversations with Meredith Monk, New Europe: plays from the continent, Interculturalism and Performance, and Plays for the End of the Century. Her essays have been translated into twenty languages. A Guggenheim Fellow and Fulbright Senior Scholar, Bonnie Marranca is Professor of Theatre at The New School for Liberal Arts/Eugene Lang College. 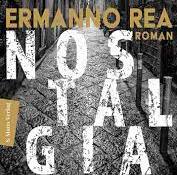 Etel Adnan: At a Certain Hour of the Night